Optimum bending geometry and perfect suitability for bending conical parts. The Haeusler VRM 4-roll round bending machine has been the absolute class leader in the field of 4-roll bending machines for decades. Renowned customers worldwide swear by the advantages of the Haeusler VRM.

Advantages
at a glance

Developed
for continuous use

The Haeusler VRM 4-roll round bending machine was developed for “HEAVY DUTY” use. 365 days – 24 hours, the Haeusler VRM always does its job. In addition, the optimised bending geometry allows the smallest possible bending ends to be realised. The VRM bending machine is the result of more than 50 years of continuous development work. Coupled with the new patented Haeusler BENDtronic® control system, it is now the benchmark for 4-roll bending machines. Of course in proven Haeusler quality – Swiss made.

By using rotary drives with very high torques, we enable our customers to finish their products in just a few work steps and thus increase their productivity. In addition, all rotary drives are equipped with a fast-acting braking system as standard. This ensures precise and safe working.

Due to the special and patented arrangement of the side roller cylinders, the guideways could be more than doubled compared to other suppliers. As a result, the highest bending accuracies can be permanently achieved and wear reduced to a minimum.

HAEUSLER uses only the most suitable roller material for our bending machines. The material is forged at our partner forges as close as possible to the final contour and then finally machined. This ensures that the properties created by the forging process are optimally transferred to the finished roll. For our customers, this means maximised service life.

Efficient bending
with the VRM 4-roll round bending machine

The VRM 4-roll round bending machine makes bending processes child’s play. This already starts with the alignment of the sheet at the outlet side roller: The sheet is automatically optimally aligned by the machine, which saves the use of lifting gear and auxiliary personnel. During the entire bending process, there is no idle movement of the workpiece due to the bending of both ends of the sheet in the same pass.
Also, the VRM bending machine does not require the sheet to be aligned twice, as is the case with 3-roll machines, due to the automatic bending of the second end of the sheet – the sheet therefore remains clamped between the upper and lower rolls during the entire bending process. The machine automatically adjusts the straight remaining cylinder end to the shortest possible dimension. This saves you work steps.

Safe drive thanks to 4 rollers

The drive of the VRM 4-roll round bending machine by upper and lower rolls offers enormous advantages during the bending process: Even when bending the thinnest sheets, the workpiece is optimally transported. The sheet is securely clamped between the top and bottom rollers – there is no chance of the sheet slipping on the rollers.
The fact that all four rollers are mounted on roller bearings means that there are no lubrication problems in the roller bearings. Therefore, no frictional power has to be dissipated in the form of heat, as is the case with plain bearings. So you don’t need to worry about any friction that may occur.

The operation of the VRM 4-roll round bending machine is also very efficient: the complete bending process can be operated by just one person via a central, mobile control panel. All control elements are brought together there. In addition, the bending machine can be operated and controlled from both sides – the control panel does not have to be left for this purpose.

Automation of the bending machine

The hydraulic system of the VRM sheet bending machine automatically regulates the speed compensation between the upper and lower rolls. This ensures that the two rollers always roll optimally on the sheet metal to be bent. At the same time, the pressure relief valves protect the machine from overload. Thus, the bottom roller lowers itself according to the sheet thickness even with double sheet entry.
In addition, an automatic pressure compensation system for the bottom roller is installed in the VRM 4-roller round bending machine. This means that the same pressures always prevail at both ends of the cylinder to be rounded and the cylinder diameter is thus the same at both ends – for an optimum result.

More details about round bending with VRM?

Learn more about the advantages of the VRM 4-roll round bending machine and the exact bending process in our detailed whitepaper.

By using an automatic central grease lubrication system, all relevant points of the machine are automatically lubricated.

The quick-reacting overrun brakes fitted as standard enable the operators to work very precisely. Furthermore, these brakes are an important safety factor, as they prevent plates from slipping out of the machine unintentionally.

The online access enables our service engineers to access our customers’ machines within the shortest possible time and guarantees an optimal support.

Optional equipment of the VRM 4-roll round bending machine

Exchangeable rolls enable our customers to bend even very small diameters. HAEUSLER machines are equipped in such a way that the roll in use is automatically recognized and the operating pressure is regulated accordingly.

Allows continuous bending of conical parts with a cone angle greater than 5°.

During the calibration process, the welded cylinder is clamped between the upper and lower rolls. While the cylinder rotates, the welded seam passes repeatedly between the top and bottom rolls. Due to the gas accumulator the lower roll adapts to the weld seam during rotation. This prevents overloading of the rolls bearings and the drive system.

Upper supports simplify the bending of large diameters, since during the bending process the plate to be bent can be held and supported at 12 o’clock position.

Lateral supports can be mounted on both sides of the machine and support the plate during bending.

Infeed roller conveyors (optionally also with centering device) simplify the loading of the machine. Plates are deposited on the roller table and transported from there into the machine.

Applications of the VRM 4-roll round bending machine
Bending to perfection.

The Haeusler VRM has been the benchmark in the field of 4-roll plate bending machines for decades. Extremely versatile and absolutely reliable. For this reason VRMs are very often used in the following industries:
Plate bending
for shipbuilding.

The HAEUSLER VRM is used, among other things, in the construction of container, passenger and naval ships.

Plate bending for the
Production of wind energy.

With HAEUSLER plate bending machines you are well prepared for the growing demand for wind turbines by increasing your output and flexibility.

HAEUSLER plate bending machines are used by leading power plant suppliers for all bending and forming operations up to reactor construction.

Plate bending for the
On- & Offshore Industry

HAEUSLER has many years of experience in the development and production of production machines for on- and offshore applications.

Plate bending for the
Construction of pressure vessels.

Do you produce a wide variety of tank products & do you need to be very flexible & fast in production to adapt to the needs of your customers? Our machines are the answer to this challenge!

Plate bending for
the aerospace industry.

The HAEUSLER VRM is used among other things in the aerospace industry.

“THE VRM IS THE HEART AND SOUL OF OUR PRODUCTION“

After many years of experience with many different brands, we exclusively recommend Haeusler when productivity, quality, service and reliability are important to you.

Further information about HAEUSLER VRM can be found in our product brochure.

Get to know the complete range of our 4-roll plate bending machines.

Download additional material on our products and services.
DISCOVER MORE. 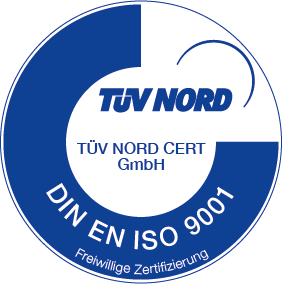 HAEUSLER is certified
according to DIN EN ISO 9001.